I was posted to Watton in April 1965 after joining the RAF at the tender age of 15 in 1963, as a Boy Entrant Apprentice. It was certainly an eye opener given my leaving what was akin to an RAF version of a Boys only Prep School and then being thrust into the world of being billeted with all ranks and trades some of them having seen service in WW2.

Plus of course we had the additional temptation of a large WRAF contingent on the station itself and at Eastern Radar. I certainly grew up fast!!!. This is a picture of me taken in December 1963 on my first home leave, looking like a schoolkid at some sort of fancy dress party having been made to sign his life away for the next 21 years. . . 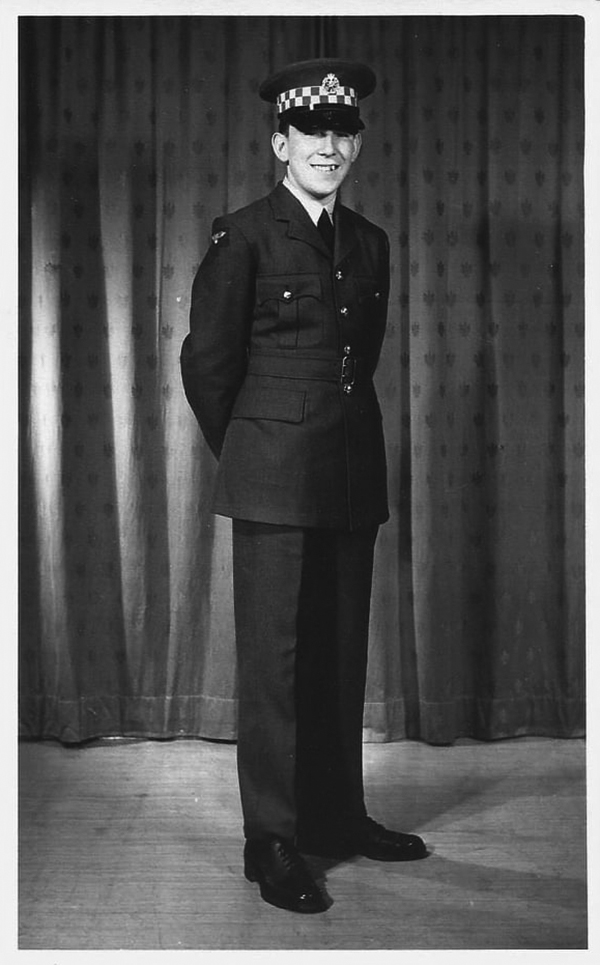 I have many fond memories of the base, the town plus its people and surrounding areas. In particular joining our friendly Fleet Air Arm squadron personnel who liked to “go ashore” from their accommodation block for a few bevies in the NAAFI which became the Shirley Club.

I also have some memories tinged with sadness including having to stand guard overnight at the crash site of the 97 Sqn Canberra which cartwheeled into the perimeter track after a flame out upon approach to landing, one of those killed was a good friend who had been the navigator on our trip to Gibraltar.

The first picture is of the entire station on parade in June 1965 for the AOC’s visit, he clocked me straightaway during his inspection as I wore no indication of rank, plus my uniform was marked in several places where my Boy Entrant badges had been, we had quite a good chat really. As far as I can remember the picture was taken by the station photographer. 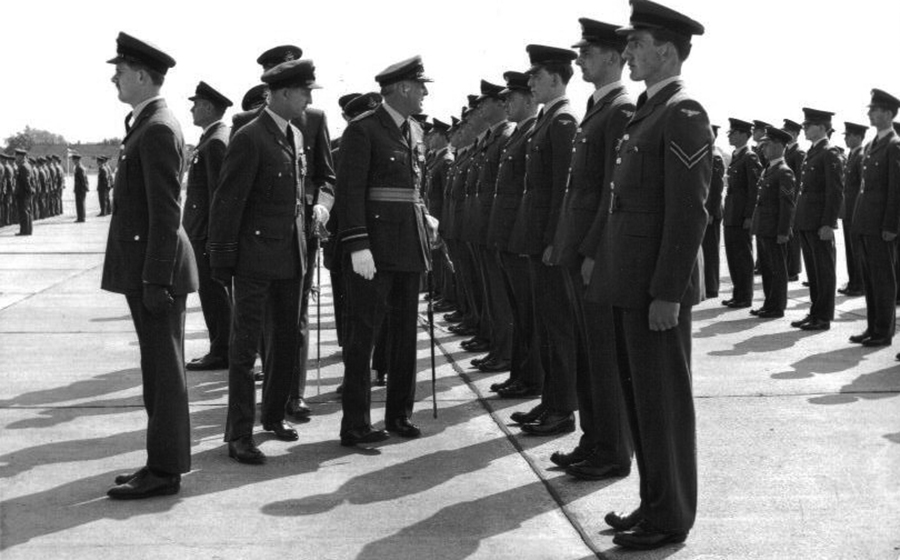 The second picture was taken in Oporto during a refuelling stop on a Navigational Exercise to Gibraltar carried out in a 115 Squadron Vickers Varsity, it took us 10 hours to get to Gibraltar where we had a 3 day stopover. I am the middle of the three personnel standing in front of the aircraft. 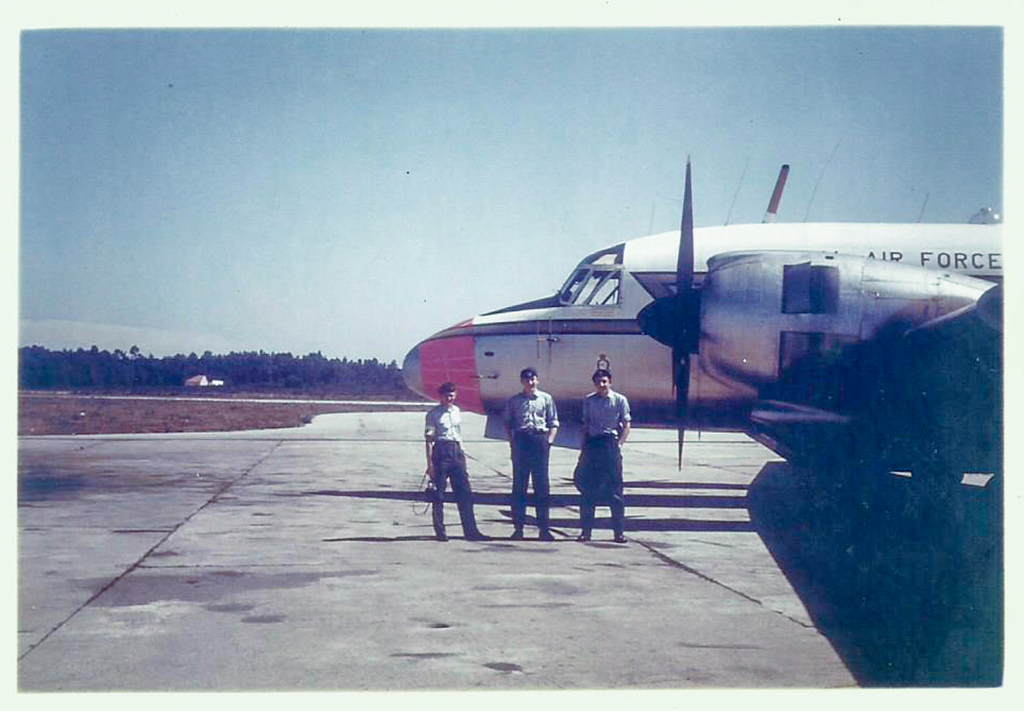 3 thoughts on “Memories from Geoff Wanley”